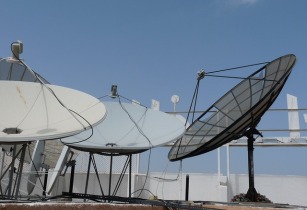 This development is driven by the need to further advance the strengths and opportunities inherent in both Africa and Europe as well as to strengthen the existing relationship between the duo.

According to John Momoh, CEO of Channels Television, the move is meant to reinforce the channel’s quality of delivery as well as to project the potentials of Nigeria and Africa to the world.

“We take very seriously, our responsibility to tell Nigerian and African stories from our perspective as Nigerians. Hence, Channels Television will take the lead in covering Nigeria and rest of the African continent to share these stories with Deutsche Welle,” Momoh said.

Speaking at the joint press conference, Peter Limbourg, director general of Deutsche Welle, said that the collaboration will lead to a well-rounded wholesome coverage of Africa and Nigeria, instead of a one-sided picture which is the norm. “We know Africa has potential, this is what we intend to showcase to the world and not just the bad side that has always been given prominence,” he said.

Limbourg added that as a result of the partnership, a programme titled ‘Africa on the move’ has already been introduced on its network. Nigerians will also be able to access live reports from the German stock market.

“By working with Deutsche Welle, Channels Television can provide its target audience of Nigerian business and opinion leaders a direct link to business and economic news coming from Europe. Channels Television will also soon begin broadcasting live reports from the German stock market. With the introduction of regionalised programming like Africa on the move, Deutsche Welle will increase its foothold in the African media landscape, said Limbourg.