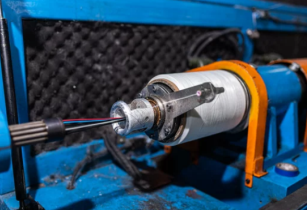 The director of shared services at the ICT Authority, Robert Mugo confirmed the reports and said that the project dubbed ‘the Djibouti Africa Regional Express (DARE) is aimed at powering an inclusive digital economy.

“We have become a regional hub, the submarine connections helps to make sure that data moves in a more secure manner,”  said Mugo.

The DARE is set to run from Djibouti to Mombasa and will act as a compliment to the current subsea optical fibers SEACOM, Easts African Marine Cable System (TEAMS), Eastern African Submarine Cable System (EASsy) and Lion2 that links Madagascar to Kenya.

One of the cables will run from Pakistan in Asia to Mombasa, then through the Suez Canal to Egypt and Europe. According to Kenya’s Digital Economy blueprint, it is estimated that the digital economy will be worth US$23tn by 2025 and that returns on ICT Investment will be 6.7 times higher than other sectors.

Mugo said that DARE marine survey has already been completed, construction contract awarded and that the Djibouti government is at the stage of finalising who will put in what and what shares they will get. While Kenya has four submarine cables, Djibouti has nine, opening wider access of Kenyan network.

Additionally, the government is set to launch 9,100 kilometers of fiber next month valued at  US$198mn. At least 8,000 km of the fiber has been laid so far courtesy of the National Optical Fiber Backbone Infrastructure project and other inter-county optical fiber installations. The fiber is set to be connected to the over 10,000 health facilities across the country and other government institutions to ease access to government services.