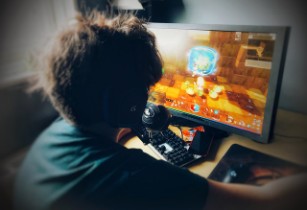 This will be open to all African eSports and gaming communities, offering the lowest latency experience ever.

The introduction of the Gaming Portal marks the first incursion of Angola Cables into the eSports arena, made possible through a partnership with eSport and gaming specialists, Qwatti eSports.

The partnership was concluded following the growing demand from the youth population for premium (less lag) gaming experiences-not just at country level, but worldwide.

The new gaming portal will feature tournaments across multiple platforms, including consoles, mobile games, and computers, of course. It will also feature an interactive tool to facilitate expertise and knowledge sharing within the gaming community, which will virtually connect gaming enthusiasts and users from around the world.

Crisóstomo Mbundu, product manager at Angola Cables, said that the new SACS cable, with data centres at each end of the cable network, is capable of providing connections to events taking place in America, Latin America, Europe, Asia and Africa.

“The gaming portal is the first step in connecting African gamers in the region with users in America, Europe, and Asia. SACS offers a compelling service proposition for the global gamers and the eSport community; gaming producers and providers of streamed events seeking interactive experiences with low latencies,” he added.

“Given the combined, robust IP network and the several agreements we have in place with major CDNs and Points of Presence within major telco hubs, users will benefit from a greater online experience and lower latency while gaming,” noted Mbundu.

“The platform will also have a strong impact in empowering the Angolan gaming industry, narrowing the gap for users in the Southern Hemisphere and allowing African gamers to compete with very good pings worldwide,” concluded Mbundu.