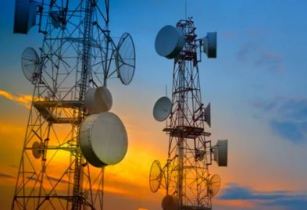 Türk Telekom, one of the leading-edge and first integrated telecommunications operators in Turkey, will deploy Open RAN technology utilising the RAN Intelligent Controller (RIC). Deployments will occur across trial sites after completing tests in the Türk Telekom Innovation Centre.

Türk Telekom is an early adopter and pioneer of Open RAN technology, utilising a broad vendor ecosystem to build more flexible, efficient, and secure mobile networks to meet the demands of the 5G era.

Within the scope of this new initiative, Türk Telekom will utilise Parallel Wireless Open RAN software and Juniper’s state-of-the-art RIC.

The first phase of the lab trial utilising the RIC for admission control over 4G has been completed with more phases to come.

Juniper Networks will be working alongside Türk Telekom and Parallel Wireless to provide its extensive RIC platform. Juniper will be deploying both the near-real-time(near-RT) and the non-real-time (non-RT) RIC and demonstrating the capabilities of various xApps/rApps. This will enable Türk Telekom to deliver differentiated services faster to their customers.

Constantine Polychronopoulos, vice-president, 5G and Telco Cloud at Juniper Networks, said, “Collaborative efforts by technology vendors and service providers are critical to demonstrate real-world interoperability in this exciting and emerging space. Juniper’s ability to provide an open SDK and network-based APIs facilitates seamless portability of x/rApps on its RIC in multivendor environments and underscores the potential for all operators.”