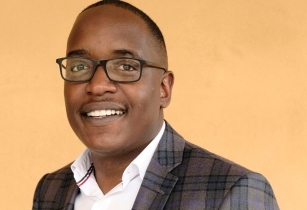 The app uses an online marketing technique called gamification, which encourages engagement with a product or service. By gamifying financial spend, we hope to encourage usage, assist logistics business to run more profitably, and, more importantly, to uplift and educate drivers to better manage the vehicle.

The app connects to the vehicle, empowering the driver to be financially healthy as expenses are monitored and incentives provided for effective cost-control. There are infinite possibilities on what the user can automate. All the user needs to do is choose a trigger, such as ‘after every 100km travelled’, then an action, such as ‘put aside R45’, a function, such as ‘for tyres’, and then the supplier can accept or reject an automation.

There is currently a revolution in the space of financial inclusion, with around 70% of people worldwide now having access to financial services, up from just 50% a decade ago, according to the World Bank. One of the key drivers behind this phenomenon is the huge increase in mobile phone usage among people of all income levels, allowing institutions to deliver services more easily and cost-effectively to the underbanked.

A recent paper released by research lab Ideas42 revealed that after studying 14 digital financial service providers across South Asia and Africa, the average proportion of accounts with activity was only about 25%. This shows a worrying and unsustainable disparity between innovation and impact.

Sakhile Mabena, CEO at OFIN, said that research in the fields of behavioural science has revealed numerous behavioural barriers that prevent people from building their financial health. One of the most significant barriers is the so-called intention-action gap. Even though people may have knowledge and awareness, neuroscience has confirmed that these factors, in isolation, are poor indicators of behaviour.

A second barrier is the complexity and information overload that exists in the financial services sector. Financial products can be overwhelming for those consumers who aren’t financially literate or astute. Research shows that when there are too many options to choose from, people are less likely to choose anything as they become overwhelmed.