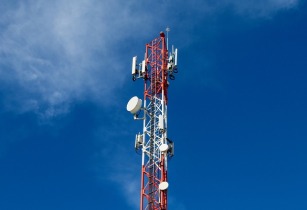 ZTE Corporation, a major international provider of telecommunications, enterprise and consumer technology solutions for the Mobile Internet, has announced that ZTE has exclusively helped Mauritania complete the deployment of the country’s first national backbone network

Leveraging ZTE’s DWDM/OTN equipment, ZTE has constructed the national broadband network, and extended the bandwidth speed to at least 10Gbps, according to a news release by the company.

Since August 2018, ZTE has been committed to Mauritania’s national broadband network construction. ZTE’s engineering delivery team has overcome many difficulties, such as summer’s high temperature of 50 degrees in the desert area, infectious diseases like dengue fever and the Covid-19 pandemic, and the lack of medical resources, and finally completed the network construction on schedule.

“The construction of Mauritania’s first national backbone network has played a critical role in developing communications infrastructure throughout the country and even in West Africa,” said Li Jianhua, ZTE’s managing director of the project.

The development objectives of WARCIP are to increase the geographical reach of broadband networks, and reduce costs of communication services in the territory of the recipient and between the recipient and West African countries.