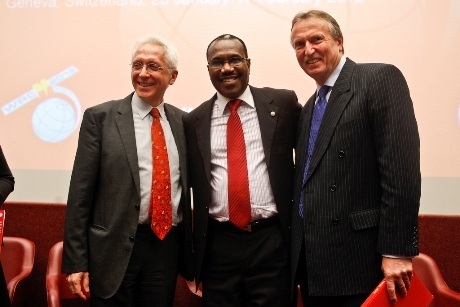 A treaty governing spectrum and satellite orbits was signed at the recent World Radiocommunication Conference in Geneva, Switzerland

The World Radiocommunication Conference 2012 (WRC-12) concluded its deliberations with the signing of the Final Acts that revised the Radio Regulations, the international treaty governing the use of radio-frequency spectrum and satellite orbits.

Over 3,000 participants, representing 165 out of ITU’s 193 Member States, attended the four-week conference, with over 100 observers from among ITU’s 700 private sector members along with international organisations also attending. The conference was steered under the chairmanship of Tariq Al Awadhi of the UAE, along with six Vice-Chairmen: Decker Anstrom (US), Eric Fournier (France), Albert Nalbandian (Armenia), Mahiddine Ouhadj (Algeria), Habeeb Al-Shankiti (Saudi Arabia) and Alan Jamieson (New Zealand).

“The conference set out to tackle very complex issues related to radiocommunications and I am delighted that after four weeks of sometimes difficult negotiations we have arrived at consensus that will shape the way we communicate in the future,” said Al Awadhi.

He highlighted the achievements of WRC-12 in allocating spectrum resources for mobile broadband and for addressing the digital dividend issue which “now provides for a great deal of global harmonisation of the use of the 700 MHz band for all regions by the services which most need it”. Touré also commended the delegates on the attention given to Earth observation radiocommunication applications, which are crucial for monitoring and combating climate change and for disaster prediction.

WRC-12 addressed some 30 agenda items related to frequency allocation and frequency sharing for the efficient use of spectrum and orbital resources, thus ensuring high quality radiocommunication services for mobile and satellite communications, maritime and aeronautical transport as well as for scientific purposes related to the environment, meteorology and climatology, disaster prediction, mitigation and relief.

For a full list of WRC-12 highlights, go to: www.itu.int/net/pressoffice/press_releases/2012/10.aspx