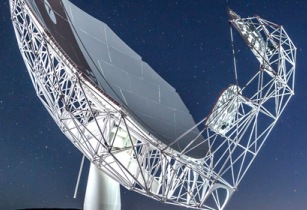 Radio telescopes have a number of receivers, each of which focuses on a different part of the radio wave spectrum.

According to MeerKAT, the receivers would be built by the MPIfR and would operate in the S band of radio frequencies.

The S band is used by weather radar, surface ship radar, and some communications satellites to communicate with the space shuttle and the international space station. The radio waves of S band have frequencies that range from 2GHz to 4GHz.

Martin Stratmann, president of Max Planck Society (MPG), said, “We consider MeerKAT to be an important undertaking as it is a light-house project for science in Africa in general. The MPG is very pleased to enable close collaboration between its scientists and the South African community and looks forward to see MeerKAT’s first glimpse of the universe with the receivers of the MPIfR.”

South Africa’s minister of science and technology Naledi Pandor added that the investment was an endorsement of the excellence of the MeerKAT and the South African team that designed and was building it.