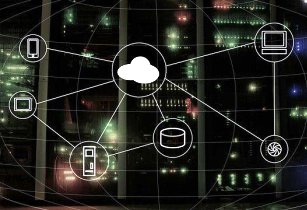 ExtraHop, a cloud-native network detection and response provider, has announced the general availability of Reveal(x) 360

Reveal(x) 360 is the first SaaS-based network detection and response (NDR) solution that provides on-demand, unified visibility across multicloud and hybrid workloads, and distributed workforce and operations.

Security operations teams can use ExtraHop Reveal(x) 360 to harness the power of the cloud to improve security posture without compromising the availability or core business objectives.

Worldwide organisations have experienced massive disruption as workforces rapidly transitioned to remote work and operations shifted off-premises. While the first phase of this shift focused primarily on making critical assets available to employees, the next phase will focus on how to enable that model long term and at scale.

The Cloud and IoT are at the centre of that transformation. Cloud is ideally suited for enabling a distributed workforce with its unlimited scale, OpEx pricing model and global availability zones. At the same time, the need to support IoT has already increased exponentially, as security teams and IT Ops contend with a multitude of employee devices that access network resources.

With Reveal(x) 360, ExtraHop combines the power of network data with the scale and speed of the cloud to provide frictionless security from the data centre to the cloud to the user and device edge. It is cloud-delivered, cloud-agnostic, and provides continuous protection of cloud intelligence across the entire surface of attack.

A fully-integrated workflow enables SecOps teams to manage detection, investigation, and response at scale and align to the demands of the business, even as IT and business realities continue to evolve.