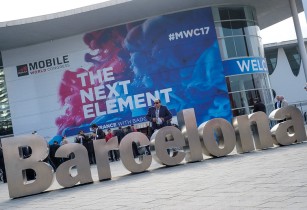 The Mobile World Congress (MWC), the largest telecom fair in Europe, is cancelled due to concerns about the coronavirus outbreak

GSMA management discussed the cancellation decision with the Barcelona City Administration after dozens of companies had announced that they would not be travelling to Barcelona.

Many leading telecoms companies, such as Sony, LG, Ericsson and Cisco, have withdrawn from the event. CEO John Hoffman of the GSMA writes in a statement that the outbreak of the virus has made it impossible for the event to continue.

Leading telecom company Nokia has also taken the decision to withdraw from MWC 2020 after a full assessment of the risks related to a fast-moving situation.

Rather than meeting customers and stakeholders in Barcelona, Nokia plans to go directly to customers with a series of ‘Nokia Live’ events aimed at showcasing the industry-leading demos and launches scheduled for MWC.

GSMA has announced that the MWC will resume as normal in 2021.

The show attracts around 100,000 people and more than 2500 exhibitors annually.

The event is usually attended by smartphone manufacturers, telecoms manufacturers and providers. In addition, the exhibition also focuses on new technology applications, such as the 5G Internet, virtual reality and self-driving cars.